ARC: Add support for $FEI as a deposit currency 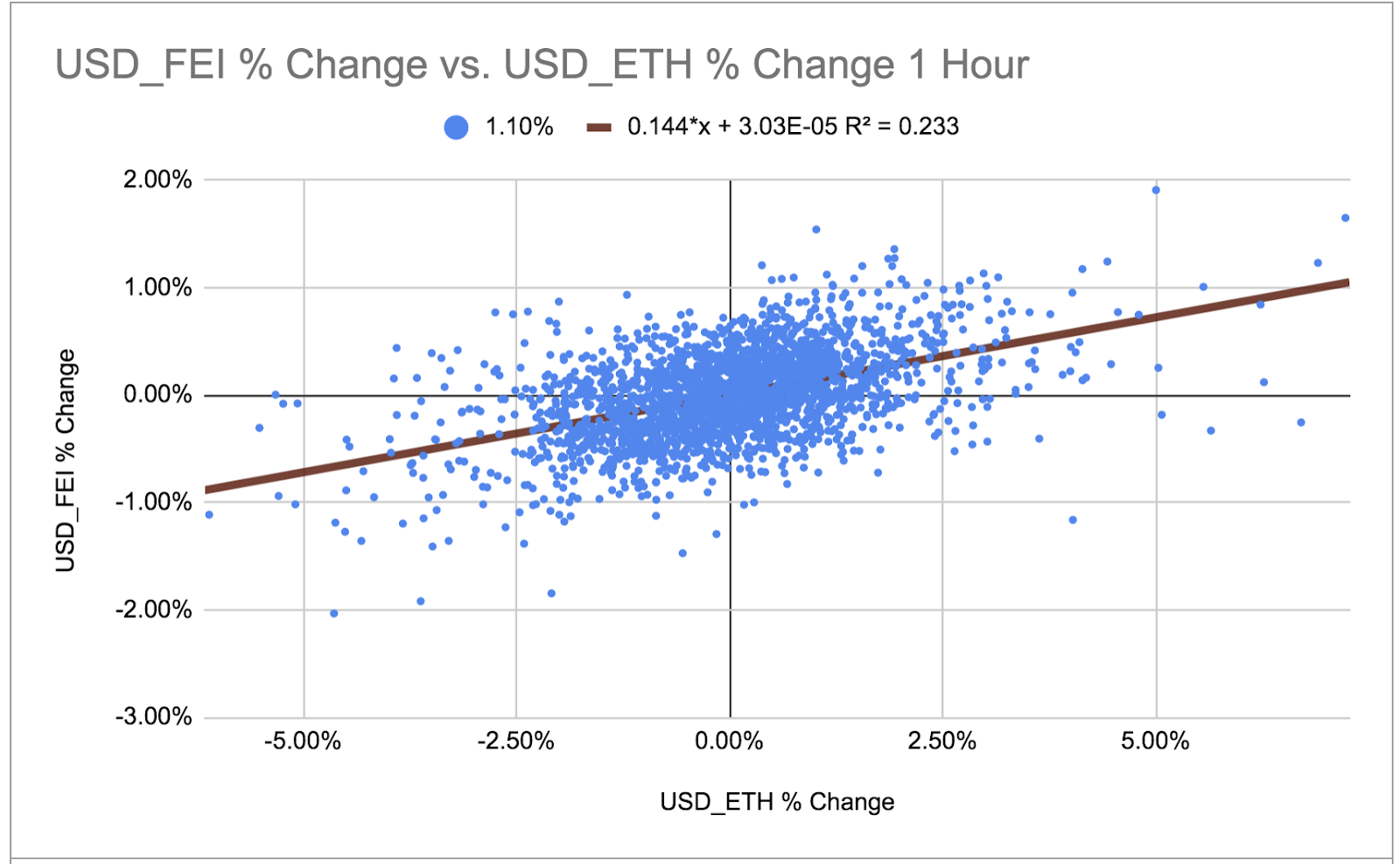 Few pieces are missing in the risk assessment as per the Aave’s Risk Methodology.

27k transactions on the FEI contract, per similar analysis I agree the smart contract risk score should be lower.

On behalf of Blockchain @ Berkeley, we are in strong support of adding FEI for lending on Aave, which will enable significant additional access to DeFi liquidity. Excited to see how the ecosystems can continue to work together in the future!

Thanks for setting up the Snapshot vote

The lower the liquidity the more volatile the utilisation and so the borrow rates. Meaning there is a higher need to protect liquidity to enable depositors to withdraw at anytime

I believe FEI could be a great asset to borrow on Aave, but at launch would favor a more aggressive borrowing curve with a variable slope 2 at 100% which has worked well for similar assets. As liquidity grows and utilisation stabilises, the parameters could be adjusted

I think FEI is well-suited for a 0% LTV asset on Aave. Now that their DAO removed the incentives and penalties it’s consistently trading at 1$.

We’ve also seen that the DAO tends to mint and deposit a lot of FEI in their integrations, so I imagine it would also happen for Aave which is good

Thanks @state for the support :)

The snapshot to add FEI has ended with the “Yes” votes winning over “More discussion needed” at 50.19% to 49.8%. “No” received 0.01%. Given the narrow margin it seems appropriate to have some more discussion before moving forward with a DAO vote.

We would also like to add three modifications that we believe will make the proposal more appealing:

Just to reiterate, the idea with this proposal is to add FEI to AAVE only as a non-collateral asset. This would allow lending and borrowing of FEI on AAVE but not allow FEI to serve as collateral for borrowing other assets. If this proposal proves successful then giving FEI some collateral factor might make sense later down the road.

Thanks for voting. We are eager to hear any further feedback that you might have for this proposal!

Assuming the technical implementation can be worked out, Fei Protocol will add TRIBE incentives on both borrowing and lending FEI to drive more volume. We will discuss and commit to numbers on these via snapshot in our community before bringing any FEI proposal on-chain for AAVE.

This sounds like an amazing idea, and not just for FEI. AAVE’s reserves can essentially function as a staking vault for any asset if this could be implemented. If protocols could be convinced to have their staking vaults simply moved to AAVE where they can distribute their own rewards, that sounds like an easy way to boost AAVE’s liquidity to me, and other projects would not have to go through the trouble of making their own secure staking vault. Projects trying to distribute their governance tokens will reach a wider user base than they would otherwise. They could also distribute between borrowers and lenders as they wish, a rare power that only a few protocols like AAVE hold. Considering that this has already been done with MATIC, I’d love to know if this could work with multiple assets.

I think that FEI could become major liquidity source for RWA, so supporting projects like this is going to improve the overal DEFI ecosystem.

The Aave core team discovered an issue with the proposal payload and we determined we needed to cancel it. The root cause was following an outdated proposal deployment flow in the Aave Docs that did not include the FEI Chainlink oracle.

The proposal is now cancelled and will be resubmitted as soon as possible.

Thanks everyone for the patience and support!