Add LUSD as a borrowable asset on Aave

LUSD is stablecoin minted directly by the protocol users by opening a Trove and depositing ETH as collateral. Loans are interest-free, with a 0.5% base initiation fee. All the contracts of the Liquity protocol are immutable, which makes LUSD the most trustless stablecoin currently available on the Ethereum mainnet.

LUSD is overcollateralized by ETH with two main mechanisms helping it keep its peg: first, LUSD can be redeemed for ETH at face value (i.e., 1 LUSD for $1 of ETH). Secondly, there is a minimal collateral ratio of 110%. Both mechanisms respectively create a price floor and ceiling through arbitrage opportunities.

Since the protocol is immutable, no additional developments are planned, yet the Liquity team is working on another project that will prove synergetic with LUSD.

LUSD’s resilience makes it a highly sought-after stablecoin for DAOs and protocols looking to diversify their treasury and users looking for cost-effective leverage on ETH. The current focus is to grow the DeFi ecosystem around LUSD to enable more diverse use cases.

This proposal aims to add LUSD as a borrowable asset on Aave v2 mainnet (0% LTV). If the current proposal is met with enthusiasm, other proposals will follow suit.

I, TokenBrice, author of this ARC recently joined the Liquity team to help with DeFi strategy.

Overview of the project and token

Liquity is a protocol offering cost-efficient leverage using ETH as collateral. While its base design can be described as similar to Maker/DAI, there are several key differences:

LUSD is a stablecoin offering some genuinely unique features, the leading one being the trustlessness of the whole Liquity protocol. In that sense, LUSD is one of the most resilient stablecoin and the most decentralized. Similar to the addition of RAI on Aave, having LUSD will help Aave diversify from the current dominance of centralized stablecoins such as USDC used for borrowing.

Furthermore, as mentioned above, this proposal is the first step. Several others could follow to nurture the relationship between Aave and Liquity further:

I believe that LUSD as a borrowable asset will be met with a strong demand: it will be the first time such a resilient stablecoin could be borrowed on Aave and the first protocol where LUSD is borrowable.

History of the project and its components

The Liquity protocol was launched on the 5th of April, 2021. As the code is immutable, there has been no update since then. However, the team is still actively working on the protocol’ DeFi integrations, such as supporting LUSD liquidity on Curve.

Since the demand for LUSD is directly dependent on the appetite for leverage on ETH, the LUSD supply had varied quite a bit since the launch, with the highest point around 1.5B LUSD when ETH reached a peak price of ~$4K. The following correction on ETH, with the lowest point around $2K, led to a drastic reduction in the LUSD supply – this episode is the first and so far unique time when the Recovery Mode was triggered. Since this episode, the supply has stabilized more and is now around 325M LUSD. This episode was the first massive stress test for the Liquity Protocol, which handled it gracefully – a recap is available here: 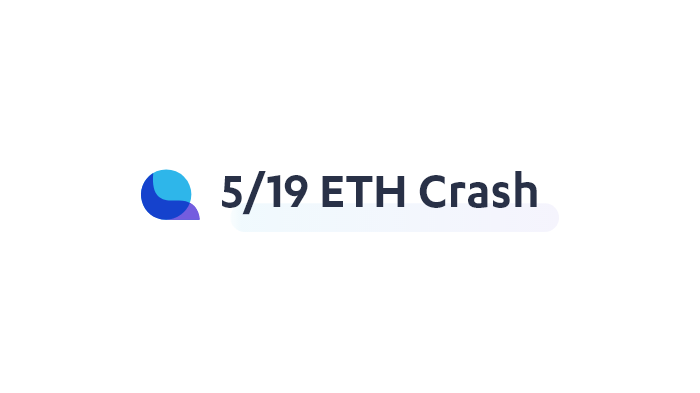 Since the protocol launch, various DeFi integrations have been built on top of the Liquity Protocol, here are some of the most notable:

The top LUSD holders also include other protocols, such as Olympus, DXdao or some treasuries.

LUSD is also present on Optimism, where Synthetix provided a wrapper contract to help stabilize the sUSD price (~45M LUSD) + to provide liquidity on Velodrome (the pool is ~9M TVL, against USDC).

The only way to mint LUSD is to open a Trove, while LUSD is burned through debt repayment, either directly (by the trove owner) or through redemptions (by an arbitrageur).

The LUSD token as well as the whole Liquity protocol are fully permissionless. There is no multisig and no governance, and no-one can interact with the contract underlying the protocol in an administrative manner: all users are the same in front of the contract, just like with Uniswap v2 for instance.

As of June 03, the total LUSD supply is around 325M. There is about $90M of total liquidity in pools where LUSD is involved.

The main liquidity source for LUSD is the Curve pool with ~$65M TVL: Curve.fi

There are also liquidity sources against FRAX, USDC and DAI on Uniswap V3: Uniswap Info

There is a 4-tokens pool on Saddle Finance (alUSD, FEI, FRAX, LUSD) with $25M liquidity: Saddle

Finally, on Optimism, LUSD is the largest stablecoin pool with around ~$9M against USDC https://app.velodrome.finance/liquidity/0x207addb05c548f262219f6bfc6e11c02d0f7fdbe

The observed volume can vary depending on the market’s activity (massive ETH price movements are usually followed by days with large volume), with a baseline around $3M daily volume (mainnet only).

The main channel for the community to gather is the Liquity Discord server, with around 6.5K members. For outward-facing communications, the main channel used is the @LiquityProtocol Twitter account with over 28.5K followers. We also regularly publish newsletter updates to subscribers (2.5K) and have recently become more active on LinkedIn (<1K).

We followed Aave’s risk assessment methodology to provide all the necessary metrics:

I’m not sure what the proper rating is for a stablecoin with no governance and immutable code should be when it comes to the “Permission” category, so I went with an A to reflect that in that regard, LUSD is almost as safe as ETH. Feel free to challenge me if you think that is not appropriate.

Since Aave v2 uses ETH-based ChainLink price feed, and LUSD’s feed is USD based, an adapter contract was needed, similarly to what ENS did.

LUSD would add more diversity in the stablecoin reserves within the Aave Protocol and further would empower the support for decentralized stablecoins. LUSD stablecoin mechanisms are also relatively simple (only ETH collateral) and is in line with the risk averse ethos of the Aave Community. Fully supporting LUSD, only as a borrowable asset for now.

Moreover, congrats @TokenBrice for leading the DeFi strategy at Liquity.

Thank you @TokenBrice for this well-written proposal.

I’m in favor of a 0% LTV onboarding to let the Liquity & Aave fam meet inside the protocol and after the V3 upgrade reconsidering the LTV to allow emode to participate in LUSD & other stablecoin stability.

A 0% LTV onboarding minimizes as much as possible the risk for the protocol while opening the doors to an increasingly successful synergistic relationship in the future.

Seems to have support from the larger Aave team and community.

Personally have never used Liquity but am aware of its respect within the larger ecosystem.

@TokenBrice yours as well - acting as a large delegate across a myriad of DeFi protocols.

Thanks to @stani @MarcZeller and @fig for the support and the kind words, I’m happy to put my knowledge of DeFi to good use by helping promote the adoption of an immutable stablecoin.

Indeed, I think the bulk of the demand for LUSD as collateral will probably manifest itself once the efficiency mode is enabled against USDC and other stablecoins, as it would provide some neat arbitrage opportunities against the Curve pool. But we have a few more steps to go through before we can get there: one at a time!

So LUSD on mainnet with 0% LTV is indeed a great starting point that will help us better assess the next steps and ensure a safe & risk-minimized onboarding for Aave.

Happy to answer any questions about Liquity if there are some left unanswered with the post.

Thanks for this comprehensive ARC @TokenBrice

Could you share some dashboards on liquidations and Liquity’s market metrics please?

The main Liquity Dune Analytics Dashboard is a great place to follow all the metrics related to the protocol, including the latest liquidations:

Blockchain ecosystem analytics by and for the community. Explore and share data from Ethereum, xDai, Polygon, Optimism, BSC and Solana for free.

View several financial metrics and valuation multiples for Liquity (LQTY) and compare them against those of other blockchains and decentralised applications.

Finally, we saw what I think is the biggest liquidation to date a few days ago: a Trove with a 60.7M LUSD debt got liquidated. It was massive but everything worked just fine!

Let me know if you need something else.

The signaling proposal vote is now live on Snapshot:

If Liquidity is looking for some help in listing LUSD on the Aave v2 mainnet market, please drop us a DM and we can help with that.

Voted in support of this proposal.
current risk parameters limit risks and having a diverse pool of decentralized stablecoins is healthy for the Aave procotol.

Enabling an asset as collateral can be one of the riskiest phases for a new asset coming onto Aave. As such, we strongly recommend listing assets without enabling them as collateral to observe how usage evolves for supplies and borrows and to derisk any mechanism design issues that could pose an outsized risk to Aave. It is great to see that is the approach being taken for LUSD. Once an asset has sufficient time in the market (O(weeks)), we are comfortable enabling them as collateral as part of the biweekly parameter update process, provided there is sufficient liquidity and community buy-in.

We recommend the below initial parameters for LUSD. We recommend setting the reserve factor as the same as other stablecoins on the platform:

I’ve updated the main post to clarify the situation regarding the oracle. Since Aave v2 uses ETH-based ChainLink price feed, and LUSD’s feed is USD based, an adapter contract was needed, similarly to what ENS did.