Throughout this market downturn, Gauntlet has been conducting analysis across many assets and markets for the Aave protocol, as well as other protocols that impact risk on Aave. We will follow up in this thread with analysis we have conducted to keep the community informed of the latest developments in market risk. The analyses in this thread are not an exhaustive list of the analyses conducted, but rather, are meant to provide the community with context on the market risk developments that have occurred.

We observed a drastic increase in VaR yesterday in our simulations, due in part to the position of the user with address 0x10d88638be3c26f3a47d861b8b5641508501035d, which we analyze later in this post. This user currently has a much safer position since yesterday’s VaR, and it is reflected in the significant decrease in VaR (currently $8.61M). 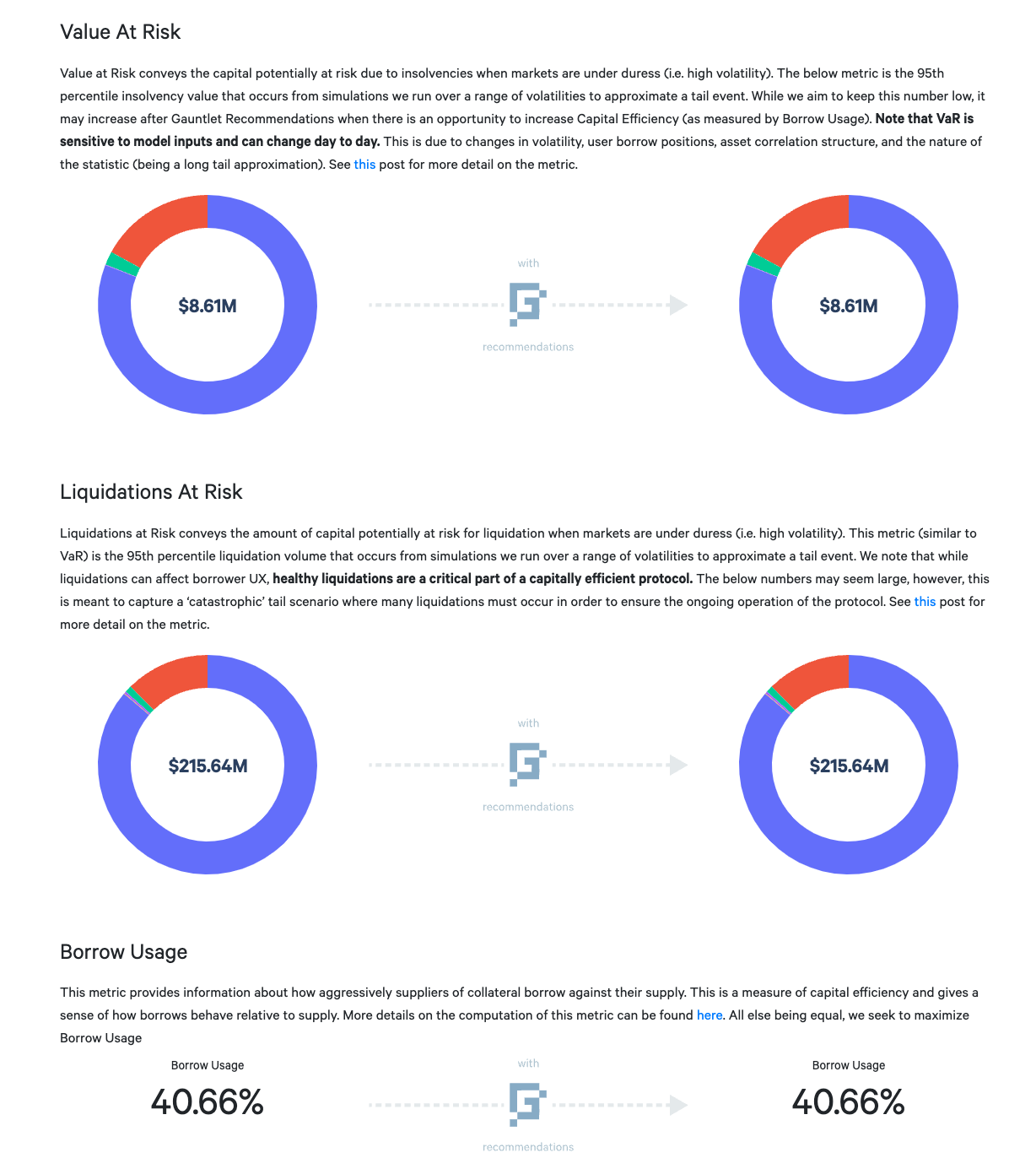 Liquidations on Nov 8th to Nov 10th by Assets

Aave had liquidation repayment amounts of $20.7M during the crash, with no large insolvency since Nov 8th.

This user previously had no borrows in Aave, but then during the market crash, borrowed $50M DAI and $20M USDC, which resulted in this position having high borrow usage of 86%. This new borrow position had a significant impact on VaR, as estimated in our simulations. At the time, VaR was estimated to be $37.5M. The user has since repaid a majority of their DAI. As of 11/11 5:30am UTC, they have $11.1M DAI and $20M USDC borrowed against $108.2M of ETH, resulting in a borrow usage of 33.2%. 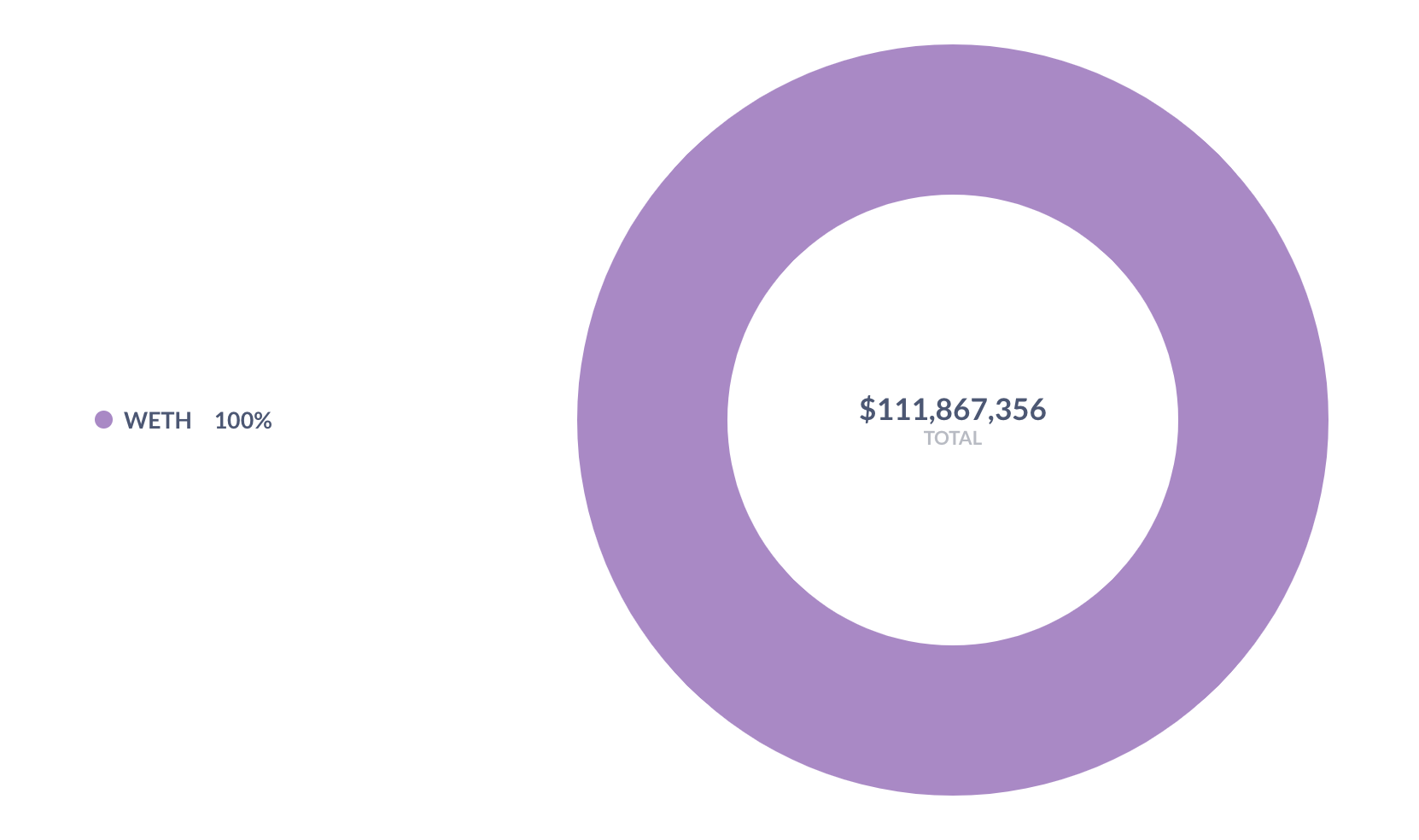 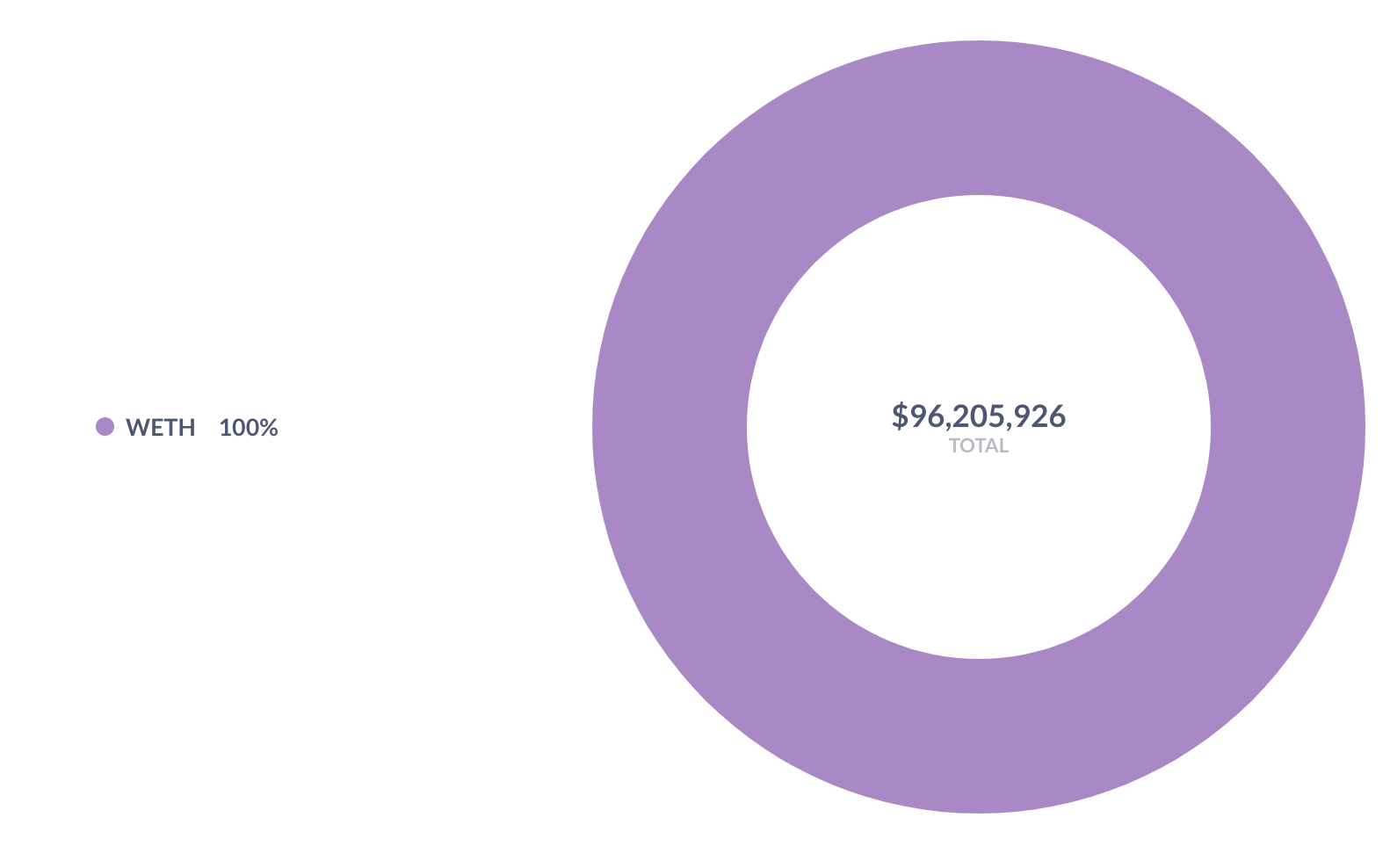 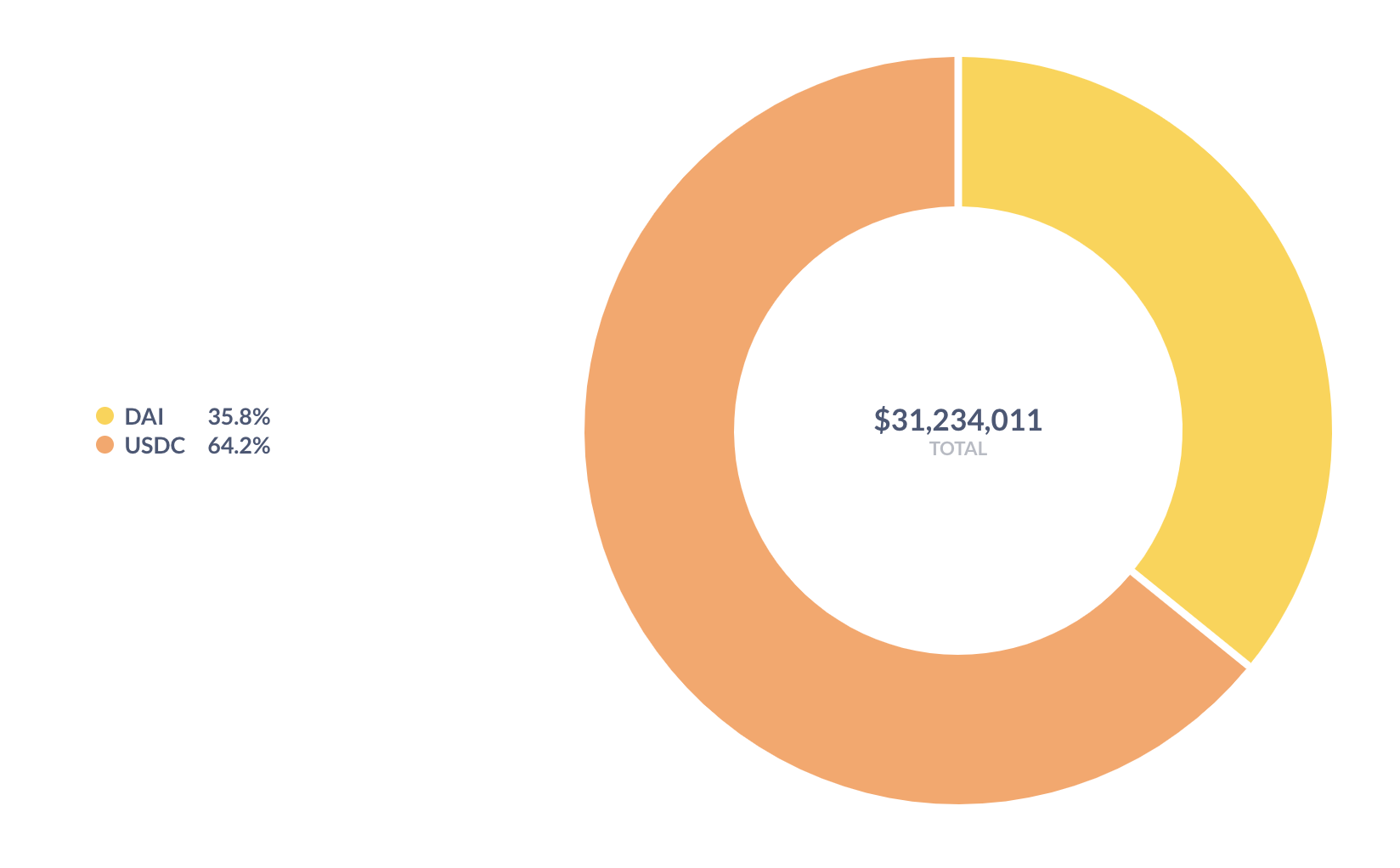 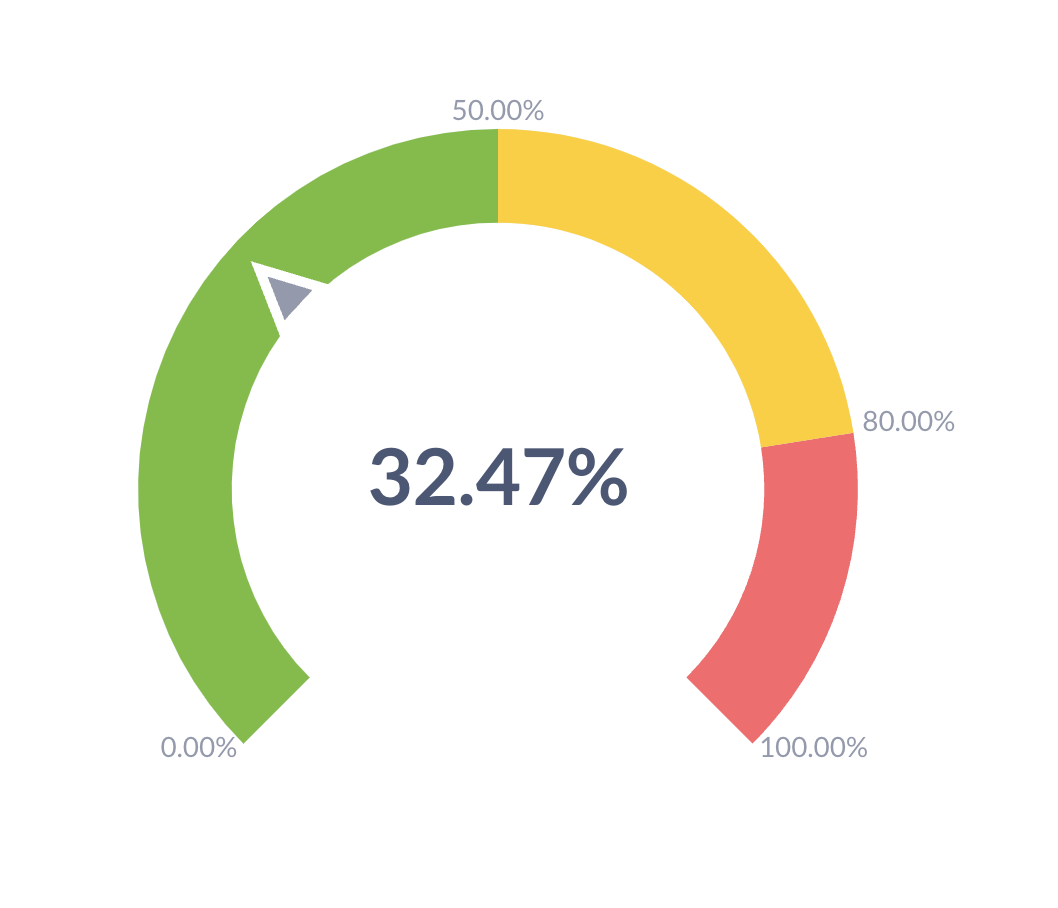 This large CRV supplier has updated their position often throughout the crash, as seen in the User supply (tokens) time series chart. As a result, even though CRV has decreased 42% in price, their USD supply has remained relatively consistent, with borrow usage remaining between 50% to 59% despite volatile asset pricing. 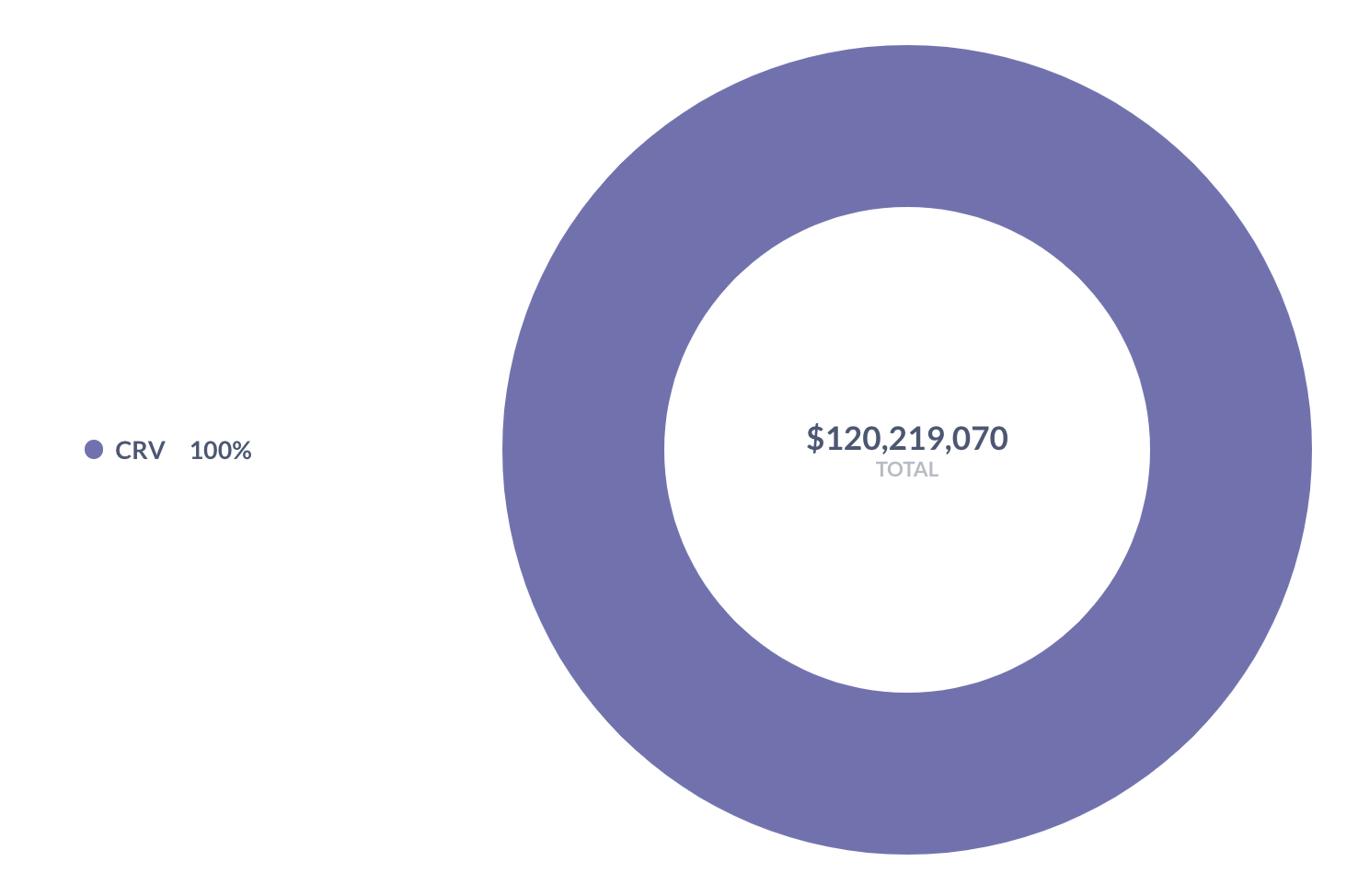 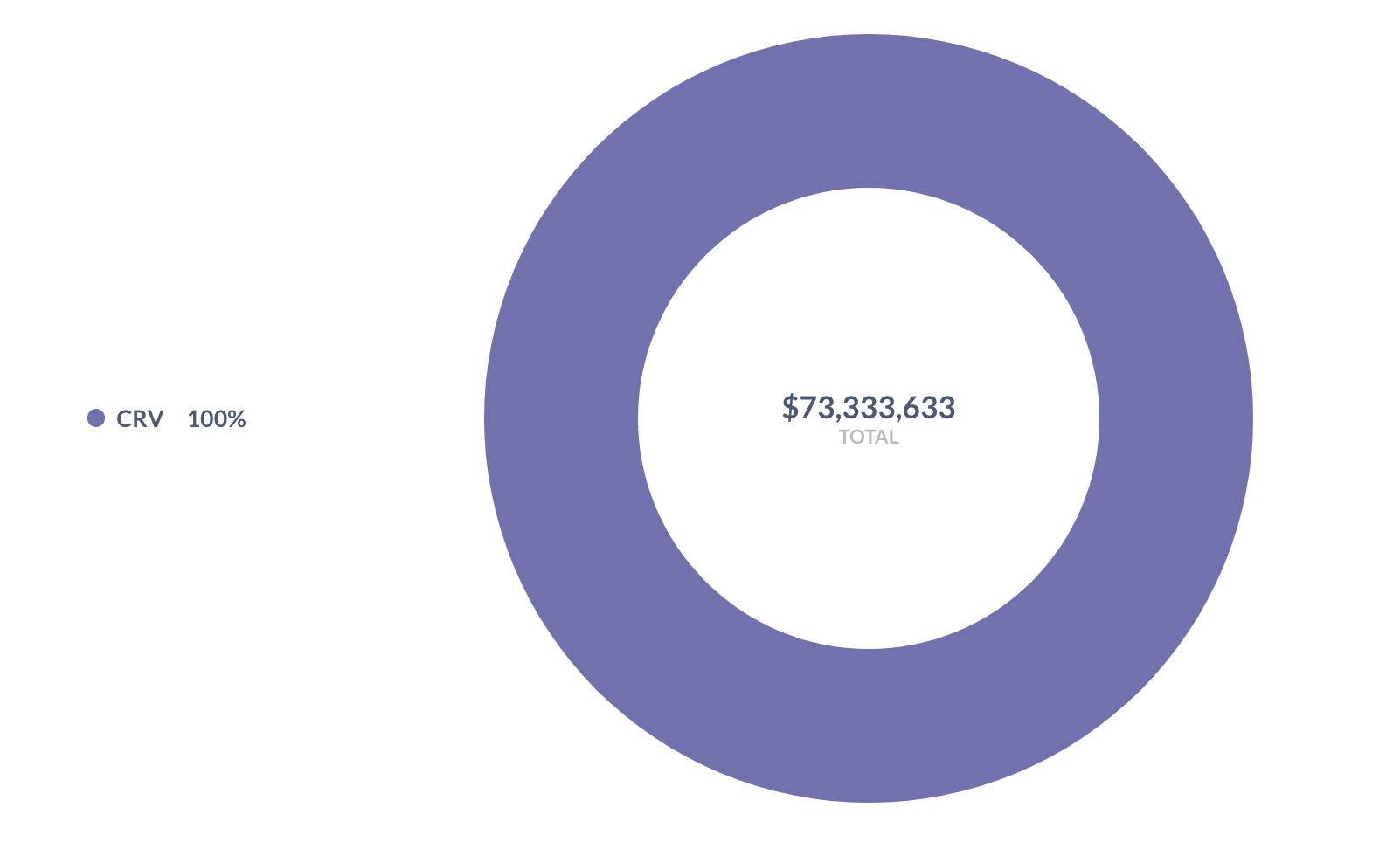 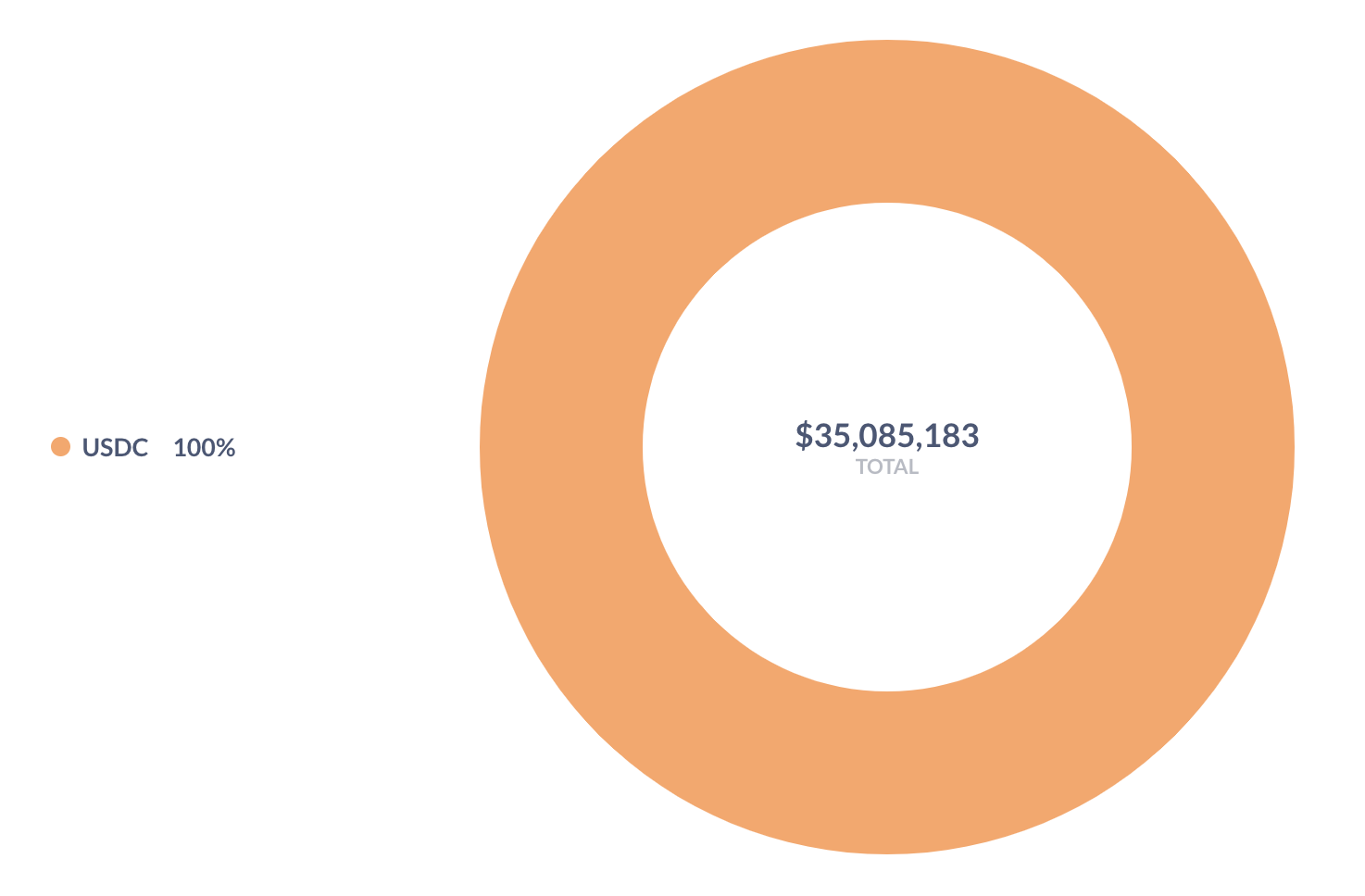 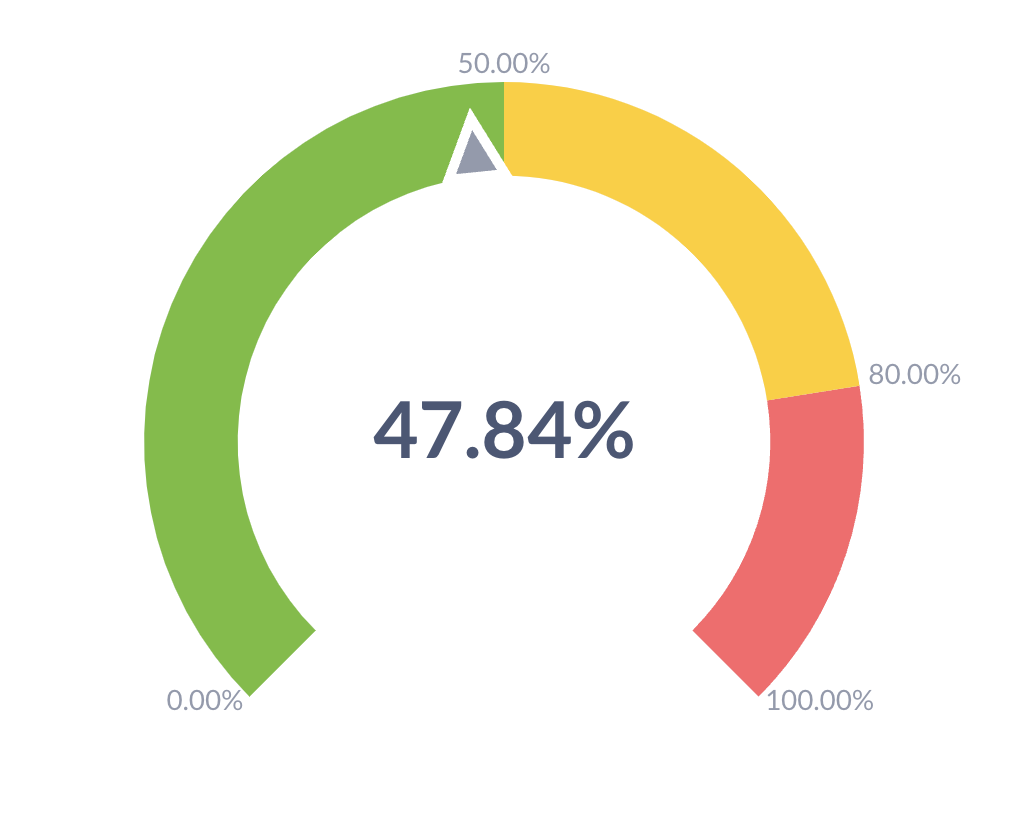 On 11/9/2022, SNX utilization on the AAVE V2 Ethereum market reached 100%. This occurred because a large account borrowed the available supply in the SNX market, despite the borrow rate rising to ~200% APY. The high utilization represents a risk to Aave because it can interfere with atomic liquidations. At that time, Gauntlet was analyzing the market risk. Below is Gauntlet’s analysis at that time.

Since then, the risk has abated, and SNX utilization is currently 53%.

For 1) 2 accounts were potentially concerning:

All the other major accounts that borrowed against SNX had other supply positions, usually consisting of majors like stETH, WETH, or MKR, and were well collateralized.

The worst-case insolvencies here were ~$785k (there may have been some dust accounts that increased this figure), and that was in the scenario that SNX price continued to drop to roughly $1.01, then $0.95 or lower. SNX’s price at the time in which Gauntlet conducted the analysis was $1.67. Note these accounts would be eligible for liquidation sooner. Of course, we would add that if other users changed their collateral positions, then this number could have changed.

For 2) we observed key price levels where there would be large liquidations of SNX: 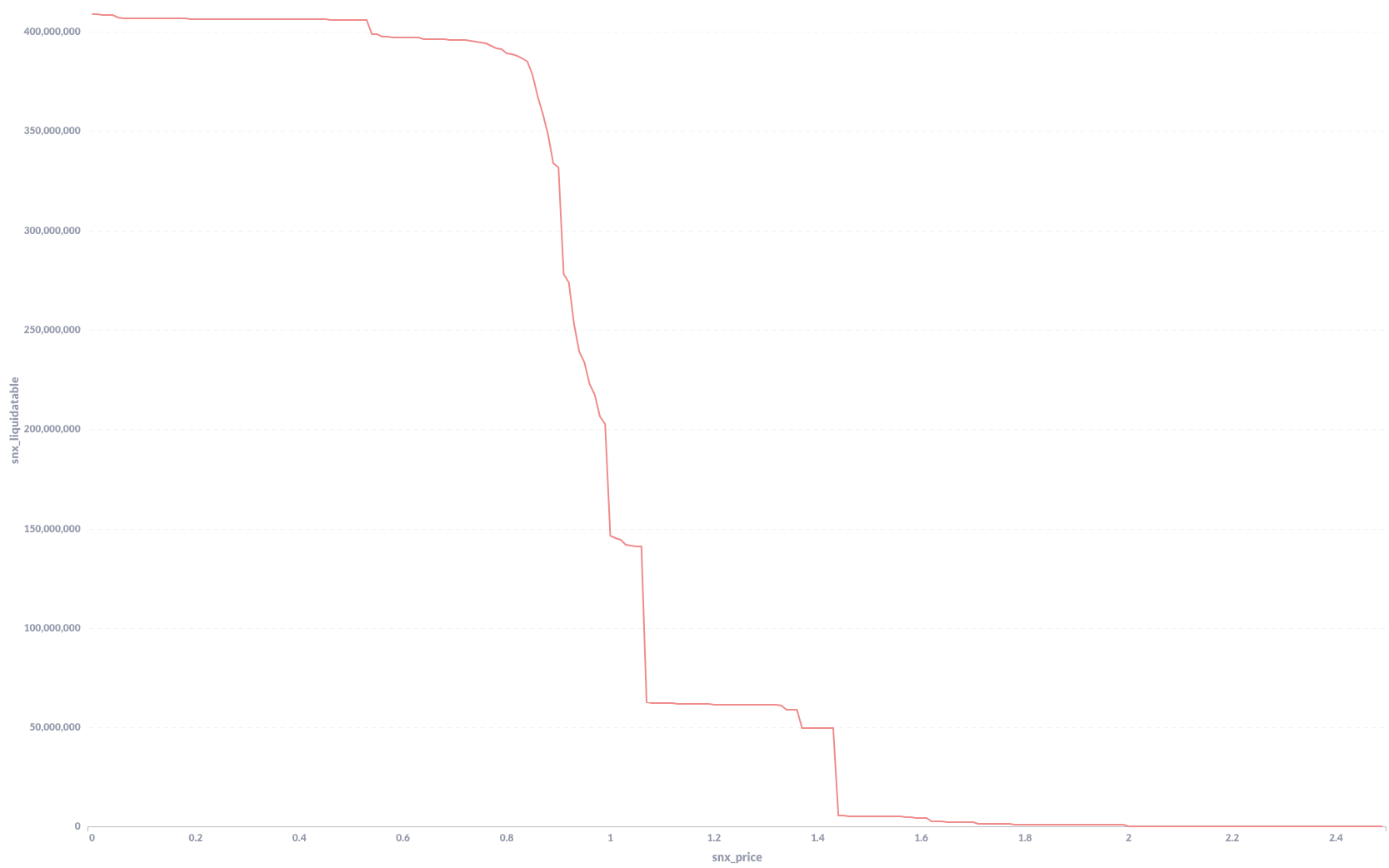